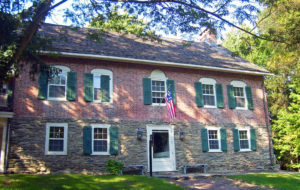 The Gomez Foundation for Mill House was founded in 1979. In 1984 the Foundation purchased the Gomez Mill House and established it as a public museum chartered in the State of New York. The mission of the Foundation is to preserve this unique historic house as a significant regional and national rank museum — the oldest extant Jewish dwelling in North America continuously lived in for nearly three centuries.