Whatever Became Of Henry Hudson?

Home » Blog » Whatever Became Of Henry Hudson?
Previous Next
Advertisement

Whatever Became Of Henry Hudson? 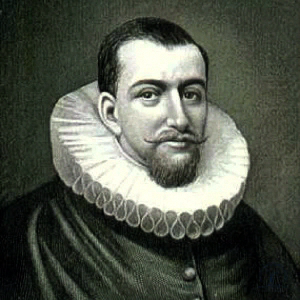 You remember Henry Hudson, don’t you? The guy that was looking for a northern passage to Asia but explored the Hudson River instead. Yep, that’s him.

There has been much written about Henry Hudson’s exploration of the Hudson, yet very little is out there about his life prior to his sailing exploits. Most people also know little of what became of him after his well documented trip.

Now keep in mind that much of the historical writings clearly contain certain prejudices and misconceptions of those times. Therefore, what you read and who wrote it can put a serious twist on the same story.

Some Background On Hudson
At the time that Hudson undertook his third search for a northern passage in the Half Moon, he was already a well known navigator in Europe. He was especially known for being an Arctic navigator. That’s an explorer who is crazy enough to put to sea in a small ship with ten to 18 crew and head up to ice filled and foggy arctic waters to have a look around, and of course return alive and with an intact ship. This was not something that most explorers were lining up to get a shot at. It is however something that Henry Hudson built his name on based on two such expeditions prior to his jaunt up the Hudson River.

Why A Northwest Passage To The Pacific Ocean?
The Dutch East India Company in the Netherlands had for some time been wanting to increase their presence and profits from commerce with Asian countries. They faced several obstacles in achieving this. The first being the distance and time it took to navigate to Asia via conventional routes. Getting there and back the same way as other trading nations gave them no edge. The second being that either cape that needed to be rounded were controlled by Spain and Portugal. Both were long standing enemies of the Dutch who would not be overly pleased to see a Dutch ship plying their waters and elbowing in on their trade.

The Now Famous Expedition
The Dutch East India Company was already sold on the idea that a navigable northern passage existed. So they hired the top dog, Englishman Henry Hudson, to sail a Dutch ship for a Dutch company and find it. They however knew of his reputation for being independent, and not wanting to waste money on side trips, they issued very defined sailing orders. He was to sail only north, find the passage, and report back home with charts in hand. On the 26 of April in 1609 Hudson took to the sea in a rather small vessel named the Half Moon with a crew of 18 and headed north.

Hitting some rough sailing on his northward journey, Henry made a unilateral decision that the elusive passage was not north of Russia and that access to it could be found somewhere along the North American coast. So orders be damned, he turns west until he reaches North America, then cruises down the coast to the Chesapeake and then back up and into New York Harbor.

The ship lingers there for a while and then heads up the river past a few unpleasant engagements with the natives, a wine fest that left one old chief passed out on the deck, some trading with natives, much charting and journaling, much drooling over the abundance of natural resources, and ultimately coming to rest in the region of the Hudson River that today borders Albany.

Finally! Whatever became of Henry Hudson?
He sailed back home but not to the Netherlands. Old Henry makes port in England. The English having no great love of the Dutch, and noticing that the captain was an Englishman, promptly seize the Half Moon. After a year they return the ship to the Dutch but keep as their prize the charts created on the journey. Henry Hudson remains in England never again to sail under a Dutch flag and the Brits walk away with prize charts and documents without spending a farthing. Was this seizure thing planned or just bad luck for the Dutch? We’ll never know.

Ah, but it’s not the end of Henry’s tale yet. In 1610 Hudson signs up with the British East India Company to take one more shot at finding a shortcut to the Pacific Ocean. This time he is headed for a narrow straight in North America (now known as Hudson Straight) that had some years earlier been identified by explorer Captain George Weymouth as being the entrance to the much desired passage.

While the straight led to no navigable shortcut to the Pacific Ocean, it did lead to today’s Hudson Bay. The hardships of the journey and wintering at Hudson’s Bay along with the stirrings of a number of the crew who were of questionable character did however lead to something. In June 1611, as the expedition began heading back to England, disgruntled members of the crew mutinied. Henry Hudson, his seventeen year old son, and a number of sick crewman were set adrift in a small sailing boat.

The remainder of the crew eventually made it back to England and somehow through tall tales and fabrications talked their way out of the hangman’s noose. As for Henry Hudson, he was never heard from again.